Why we need restorative justice now

Restorative justice is an approach to conflict resolution rooted in strengthening relationships. It encourages dialogue between opposing sides, taking responsibility for one’s actions, and building community.

Restorative justice prioritizes addressing the causes behind bad behavior and poor decisions instead of only punishment. It can be applied in many different settings including schools, homes, and the greater community.

In schools, restorative justice practices help prevent fights by creating a culture of mutual understanding and respect among students. In homes, it encourages direct and honest conversations among family members. And in larger communities, it gives crime victims a say in creating an appropriate response where offenders have the opportunity to make amends for their actions.

Restorative justice emphasizes accountability and taking responsibility for one’s actions. In schools, a student who harms another has a chance to repair the broken relationship and help determine the consequences for their actions.

Discipline is not externally imposed by a teacher or principal. By working out consequences that fit the situation and correct poor behavior, adults help students hold themselves and their classmates accountable.

Supporting students who continue to demonstrate harmful or disruptive conduct is an important part of the process. With these students, schools focus on accountable consequences aimed at restoring good standing, repairing damage, and learning new behaviors and ways of thinking that will support them in the future. Consequences and interventions are presented as outcomes of the choices students make and the skills they need to learn.

What about police in schools?

Research shows school police disproportionately arrest students of color and students with disabilities. The rise of police in K-12 schools has contributed to the criminalization of tens of thousands of California students, placing them in the criminal justice system and making them less likely to finish high school.

Education professionals trained in counseling and restorative justice bring an understanding of trauma and students’ lived experiences and resolve conflicts so that young people stay in school and out of jail.

How can restorative justice help the whole community?

The same restorative justice principles that guide relationships in schools can be applied in other areas where conflicts arise.

Parents who receive training in restorative justice say it helps them handle problem behavior at home and strengthens relationships within the family.

Restorative justice can be applied in response to crimes and as a crime prevention tool. Offenders and victims can speak directly with each other in an effort to heal that goes beyond punishment. To prevent crime, communities come together to address problems in ways that help avoid law enforcement and incarceration.

What other communities are investing in restorative justice?

In 2020, the board of the San Diego Unified School District changed the district’s disciplinary policies, replacing in-school suspensions with alternative programs and requiring schools to exhaust restorative interventions before suspending a student.

In the 1970s, it was rare for schools to punish students with expulsions or suspensions But by the 1990s, concerns around crime and violence led states and school districts to adopt policies favoring suspensions.

Over time, the student suspension rate doubled and increased even more for Black and Latino students. Students with learning disabilities or facing poverty or abuse were also more likely to be suspended. Parents and advocates for these students demanded a more compassionate approach, which led to a large restorative justice movement in schools.

In recent years, some of California’s largest school districts have made multi-million-dollar investments in restorative justice.

Restorative justice in the Coachella Valley

Parents launched a restorative justice campaign in the Coachella Valley in 2014 after becoming alarmed at the high rate of suspensions in middle schools. Within a year, a pilot program was underway at Bobby Duke Middle School in Coachella.

With continued pressure from parents, the Coachella Valley Unified School District gradually expanded its commitment to restorative justice and introduced programs at all grade levels.

In 2019, the district ended its contract with the Riverside County Sheriff’s Department for resource officers at high schools, further supporting a less punitive response to discipline problems. In recent years, the gap between middle school and high school suspension rates has narrowed and suspensions for willful defiance have dropped.

To stay up-to-date about this work, find out about restorative justice training opportunities, and learn how else you can get involved, sign up to receive periodic emails.

You can also email info@alianzacv.org with questions or to be put in touch with a member of the campaign team. 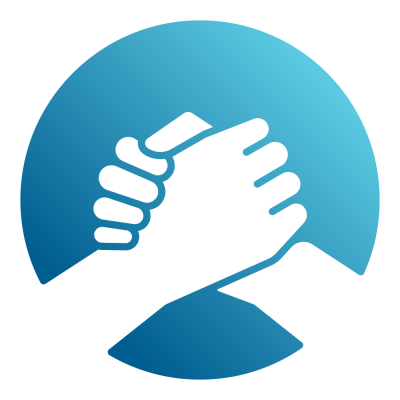 A technique that builds relationships through sharing and listening. Talking circles help people build the skills they need to address conflicts in healthy ways. The circles are especially beneficial for young people to practice respectful listening and healthy self-expression. In the circle, everyone has a chance to speak and listen.

The practice of pushing students out of school and into the criminal justice system. The students most at risk of falling into the pipeline have learning disabilities or histories of poverty, abuse, or neglect. Once in the system, young people often stay tied to it into adulthood.

A disciplinary policy that mandates predetermined consequences that are typically severe and punitive in response to specific types of misbehavior, regardless of the context or rationale for the behavior. Automatic suspensions and expulsions are an example.

A vague term used as justification for student suspensions. It can be a catch-all for any behavior a teacher finds objectionable, including minor infractions, and has been shown to be disproportionately applied to Black male students.

The practice of using open conversations and active listening to address conflicts and their root causes. By acknowledging each person’s humanity, restorative dialogue can be used throughout daily life to affirm and build accountability.