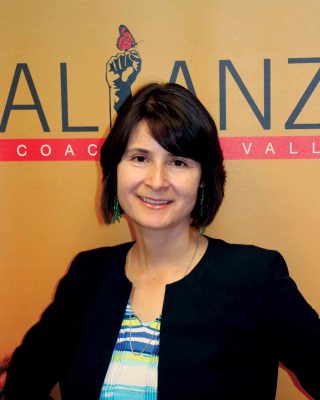 The new commission’s 14 members are tasked with researching opportunities associated with lithium extraction and use in California. It was created through a bill authored by Assemblymember Eduardo Garcia of Coachella.

Gov. Gavin Newsom recently appointed Paz, a Thermal resident, to the commission. She was selected as chair on Feb. 25, during the commission’s inaugural meeting.

Interest in the metal lithium is soaring thanks to its application in lithium-ion batteries, which are used to power portable electronics, electric vehicles and other technology. Lithium is abundant around the Salton Sea and could play an important role in the region’s future economic development.

“Successful lithium recovery from geothermal activity at the Salton Sea has the promise to help California deliver on its renewable energy goals, and the Blue Ribbon Commission on Lithium Extraction cannot ignore that these conversations are happening amidst a local context where residents are already experiencing the deteriorating environmental and health impacts of a drying sea,” Paz said. “The commission will undoubtedly have to balance its recommendations to incentivize the creation of a new industry from Salton Sea resources with equally important incentives to address the fragile natural and built environment within and surrounding the sea.”

Along with her role founding and leading Alianza, Paz is co-chair of the Salton Sea Management Plan Engagement Committee, a Coachella Valley Unified School District trustee and a director at the Desert Recreation District. She is a former CVUSD teacher and served as policy director for then-Assemblymember V. Manuel Perez. Paz holds a Master of Public Policy degree in economic development and transportation from Harvard University.