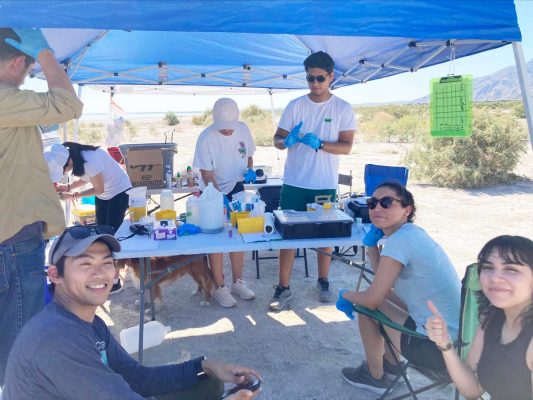 The Community Science team held a field day in October to conduct tests.

In August 2021, Alianza launched our Community Science Program, where community members work alongside scientists to test water from the Salton Sea for contamination, including agricultural runoff.

Because there is little to no water sampling done at the Salton Sea, this work helps fill a research gap and explain the smells and the poor air quality people living near the sea frequently experience. It also empowers residents by giving them frontline access to information.

Alianza believes that people living near the Salton Sea deserve all the available information that can help them understand the environmental crisis at the sea and the proposed policy solutions. Working with residents, researchers, and partner organizations, Alianza’s Environmental Justice Campaign and its Community Science Program give people the tools and knowledge to develop informed ideas, and then advocate for their implementation.

The Community Science Program is made up of 10 residents from communities in the Eastern Coachella Valley, including youth. Many of our community scientists have personal connections with the Salton Sea.

“I think making data accessible is the most valuable thing about the Community Science Program because it informs the community about the Salton Sea,” said Daniel Ramirez, a community scientist from Thermal. “Having more knowledge about an issue enables the community to have better planning, implementation, and evaluation of a policy.” 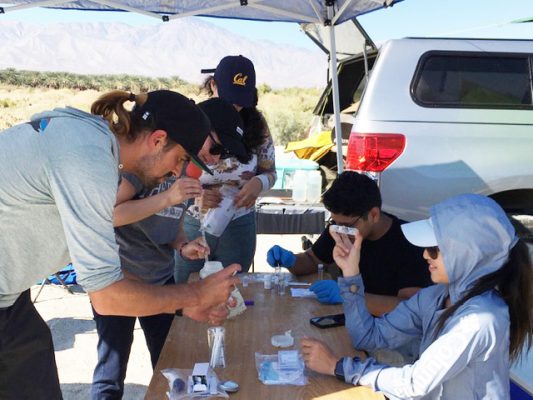 The community science team recently launched a second phase to further validate the data it collected. With a publicly available online data dashboard and other outreach efforts, the project is working to give residents better information about the state of the Salton Sea. Feedback on the dashboard is welcomed!

At the same time, the team will soon start air-quality monitoring to make connections between the water quality, air quality, and health effects that can inform policy decisions and contribute to Alianza’s wider organization goal of systems change.

Much of the work that has been done wouldn’t have been possible without the passion and efforts of our community science team, including our partners from Loma Linda University and The Thriving Earth Exchange.