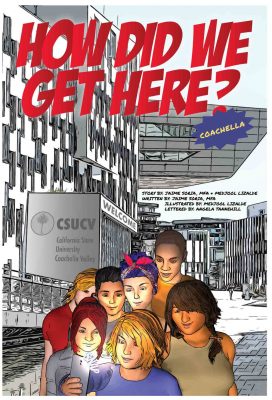 The cover of “How Did We Get Here?”

We’d like you to meet Esperanza Ramirez, the central character in the new original comic book “How Did We Get Here?” that Alianza officially released on Friday, May 6. It tells the unique story of the Coachella Valley and its people while encouraging action to address the racism and policies that create inequitable local health and living conditions.

The book’s story is fictional but was developed with input from Coachella Valley young people. While going to school and organizing for a new college campus in the Coachella Valley, Esperanza must deal with traumatic family losses from COVID and fallout from participation in Black Lives Matter demonstrations. She nearly gives up, but returns to activism out of a sense of duty to her community and to honor the struggles of her immigrant grandparents.

The release party at the Coachella Library included a panel discussion on local activism. Evelia Cabrera was among the book’s contributors and a member of the panel. She talked about how she could relate to Esperanza’s story and the excitement of seeing the finished book.

“I want everyone living in the community to know that they have a voice that matters,” Evelia said. 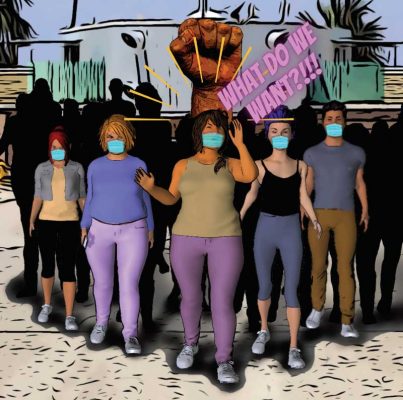 An image from “How Did We Get Here?”

At a time when some people in the U.S. are working to block young people from learning about historic and contemporary racism, “How Did We Get Here?” examines important aspects of local history such as the roles of Native American tribes and farmworkers, and looks directly at polarizing issues including immigration, police brutality, and unequal access to healthcare and education for racial minorities. The book aims to spark contemplation and dialogue on these issues, even when it may be uncomfortable for some. 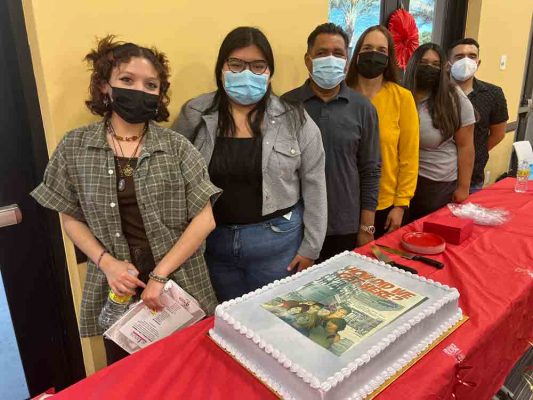 “It’s very hard to confront the fact that there is systemic inequities,” Executive Director Silvia Paz told the audience at the release celebration, “that a lot of us immigrants or non-immigrants have believed that we lived in a country that is fair. That’s why we come and that’s why we want to be here. And then to have these conversations and then to acknowledge, ‘Hey, maybe it’s not fair.’ But how do we make it fair?”

Alianza is eager to partner with schools, community groups and other organizations to distribute copies of the comic and encourage community learning. Anyone interested in receiving copies can contact Alianza online or email info@alianzacv.org.

You can also read a digital version of “How Did We Get Here?”